I recently finished reading the first two books in Jason Brant’s “The Hunger Series”. As I myself know all too well, it is word of mouth that sells indie work.

I am posting my reviews here for book one and two of the series. If you’re looking for a good indie writer, Brant will set you straight. 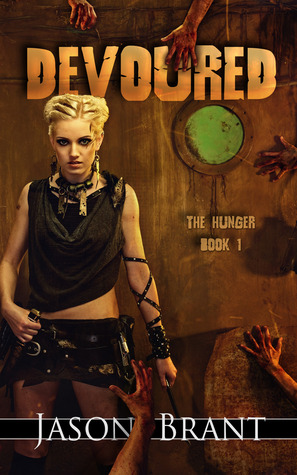 Jason Brant is definitely an Indie Author worth checking out. In The Hunger, Devoured, the world is ending. A terrible disease has turned what’s left of mankind into monsters. Now these aren’t your typical zombie/vampire/monster/creatures. Brant brings to life a new breed of fear. His Vladdies are fierce, disgusting, and down right spine chilling. Join Lance, and Cass as they make their way out of the city and into the mountains, running from the monsters in the night and the men who are just as evil. With a fast moving plot and good action scenes, this book is a quick read. For all you monster and apocalypse enthusiasts, you should read this novel. It’s the first in the series, so be prepared to keep going. Thank you, Jason Brant, for this fun ride. 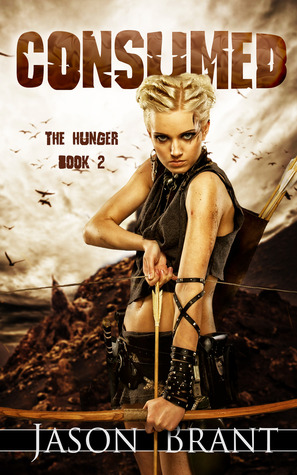 Coming into Consumed, The Hunger 2, I was already excited as I’ve read the first in the series. The plot thickens as the characters face nightly reins of evil and daily doses of the rotten core in man. Lance and Cass struggle to save their friends and get far enough away to avoid the monsters in the dark. They can’t hide out forever though, and the cities are running out of food. The creatures will be moving their way, if they don’t stop them. They have a plan, but it’s dangerous. They are going to destroy the nest, or die trying. I highly suggest reading the first novel, as it leads you in to these characters and situations. The action never stops, and Brant has a way of convincing you that just one more chapter won’t hurt. Pick up this book. It’s fun, fast, and frightening.

Check them out. I think they’re definitely good reads.

One thought on “Book Review, Jason Brant, The Hunger Series”